I found Adventures in Dressmaking a while ago, and have really been enjoying Suzannah’s posts. She and some other awesome bloggers are hosting a Nice to Meet You! series, and I thought it would be fun to participate. The question to answer is: What are six of your favorite things you’ve made? I may be new to blogging, but I’ve certainly made some things! I’ve never really thought about which projects have been my favorites though, so it has been a lot of fun looking back (and trying to find them so I could take some pictures!).

Do you remember Strawberry Shortcake, the adorable 80s cartoon? Well, you should – ’cause I do! Strawberry was my favorite cartoon when I was a kid, so in high school I decided to sew a Halloween costume after her. 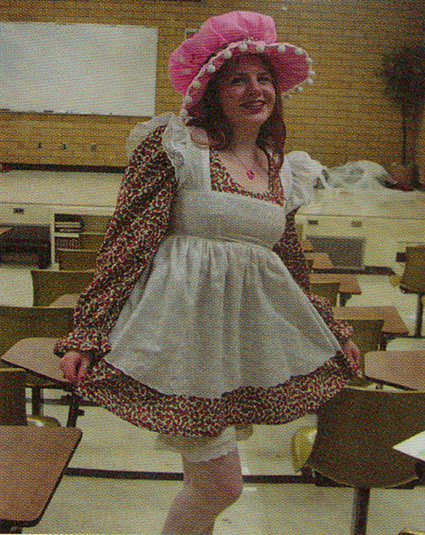 I’ve made other costumes since, but this is still my favorite. And over time I’ve added more pieces as I’ve found them, such as green- and white-striped tights and a curly wig. I even have strawberry tennis shoes with strawberry laces!

When my brother got engaged I was more than happy to help his soon-to-be-wifey with her wedding dress. She chose a gorgeous ruched lace gown. The only problem was that it was strapless, and she needed one with sleeves. I thought I’d probably be sewing a little jacket for her. Not at all! 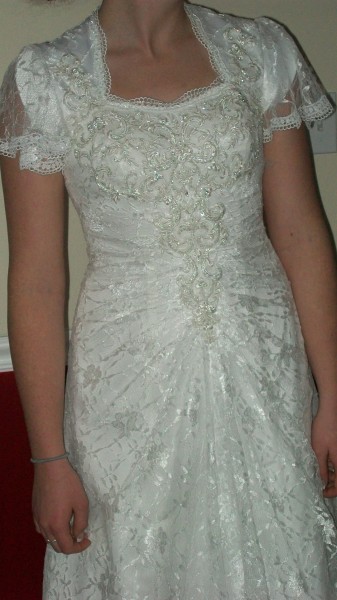 It took three snowed-in days of sewing, beadwork, and removing and reattaching appliqués. But it was worth it – she loved it and no one could even tell it had been altered!

I’m quite fond of wizards. Merlin, Gandalf, Micky Mouse in Fantasia… Wizards are awesome. So when a coworker got upset about moving to MS Word 2007 and losing his little wizard assistant from the older version, I just had to make one. 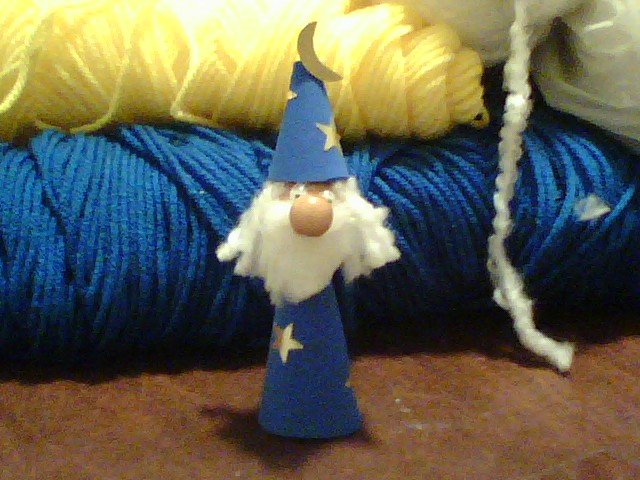 Isn’t he just the cutest little wood and foam wizard ever?

I love snowflakes – like people, each is completely unique. I just had to make a snowflake scarf, even though at the time I lived in a place that seldom gets to see the beautiful weather phenomenon. 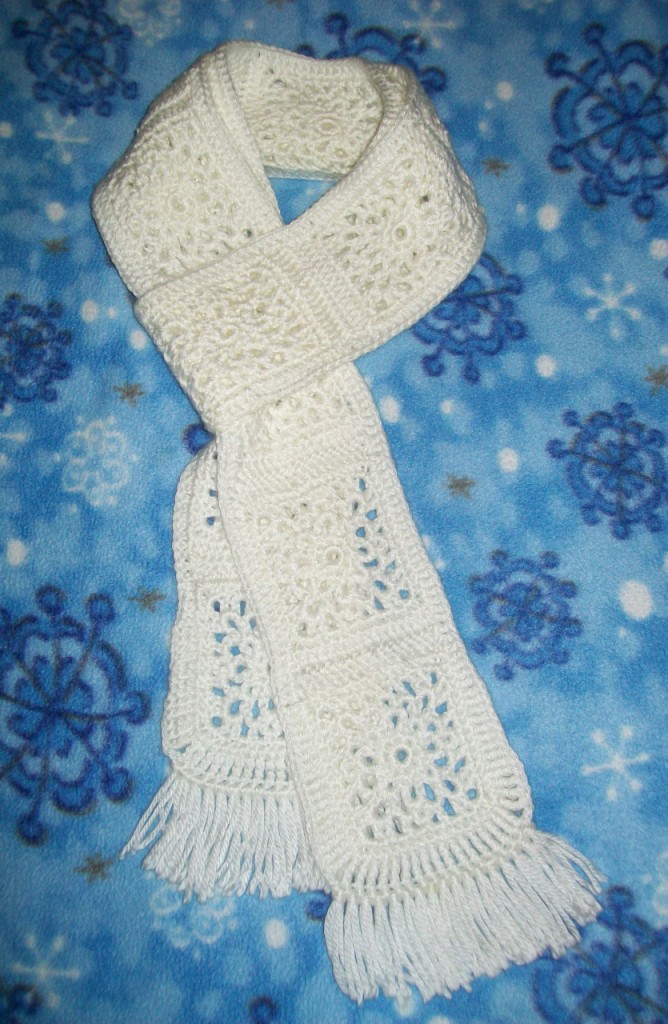 My brother liked it so much that he actually paid me to make one for his girlfriend. How often does that happen?

It can be hard to make things for the hubby without him knowing. One Christmas I decided to make him some silky pajamas just for fun. 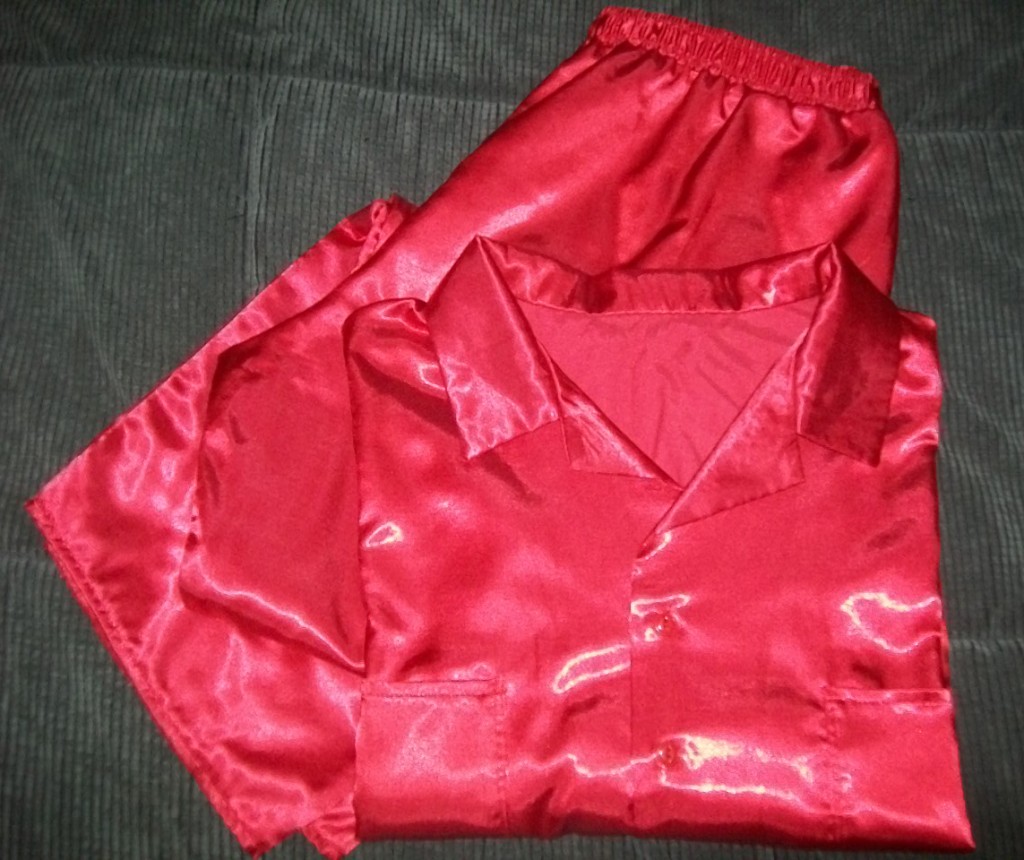 He knows I like to sew gifts for family and friends, but when he opened the box he only asked where I had found his size. (Finding clothing for a 6’7″ guy is not easy!) He didn’t even suspect that I had sewn them, which was a huge compliment to me as you can often tell when something is homemade. I was quite proud to be the maker of silky red pajamas that day.

I thought I’d ask my husband what his favorite project is that I have done. He said he liked my blue dress. Now, I love the color blue, so I have made more than one dress in that color. But somehow I immediately knew which one he meant. 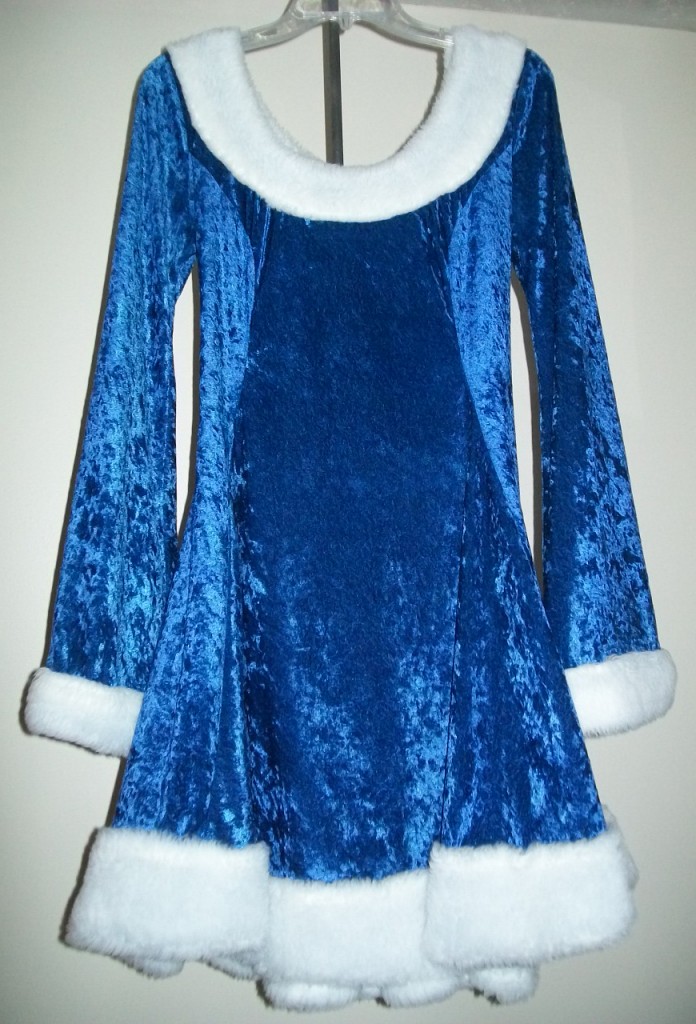 I sewed this dress back in high school. I had wanted to make a dress reminiscent of Santa’s red suit, but no one had red velour! I didn’t want to make it in green, so I chose blue for winter. I got called “Snow Queen,” “Winter Princess,” and even “Special Edition Christmas Barbie” in this dress. But despite being super shy, I wore it anyway. =0) What girl can resist a circle skirt lined with faux fur?